While Mike put in a normal workday at his office, I had the day off work and spent the entire day in downtown Indianapolis helping set up for that night's activities. Evening came and we had a great time. He's a board member so we did what we could to help out, putting our volunteer hats on to make sure everything went smoothly. Much fun was had, and money raised to help our local Camp Until A Cure.

Our camp director lives a couple hours away and had previously booked a room for the night at the hotel where the gala was being held, but it turned out she couldn't use it so she let us stay there. We sent Riley to a"dog-sitter" the night before and were all ready for the mini-vaca, and after the volunteering we were about ready to call it a night about 11 p.m.

That's where the adventures began. Our night was an interesting experience and I think that entire day and night is evidence of how I was able to prove once again what the definition of love is for a loving and supporting D-Wife:

- In support of your husband, you work all day to setup for a diabetes fundraiser and then work an "interesting" auction pickup, despite only having a few hours sleep the night before because you went to see the midnight showing of a new Twilight movie. (Starbucks helped!)

- You spend your money at the auction supporting the diabetes camp and organization, by buying a deluxe box of cheese that contains seven different blocks of cheddar varieties. All in the name of your husband, a self-proclaimed member of the #cheeseslut clan.

- As you wind down for the evening, you realize your husband's blood sugar is Low and the only edible items in the room are several blocks of cheese and two tubes of glucose tabs. So you opt to go find something to eat and drink, yet there are no food vending machines on the floor. The elevator's are occupied by the hundreds of teenagers staying in the same hotel and riding them up and down, so you resort to the stairwell and find that most of the floors below yours on the 15th floor are closed off because of construction. You walk up and down 14 flights of stairs, and about mid-way your husband's CGM starts vibrating repeatedly in warning that he's Low. You learn that he was in the 60s before the stair-descent even began. Finally at the ground floor, no vending machines are found and the only option is a bar that's now closed and has no food, yet a friendly bartender provides a complimentary plastic jar of orange juice. We head back to the elevator and find our way back upstairs.

- We were thirsty but something was wrong with the water faucet in the bathroom, so you decide to go find the single soda machine on the floor to get a bottle of ice water. But when pushing that button, you instead get a bottle of regular Dr. Pepper. It costs $2, and only debit card is allowed.

- Returning to the room, it's now 85 degrees. The earlier attempt to cool the room down apparently isn't working, mostly because heat is shooting out of the vents instead of cool air. A call to the front desk, and Mike's 15-minute conversation with the front desk complaining about the room temp, elevator-stairs situation, and vending machine confusion. An engineer arrives at the door and investigates, and informs you a switch in some remote part of the hotel was actually on "heat override." He fixes the problem and also points out the water situation was part of that same issue, and it's now resolved. Someone also arrives at the door to provide a few bottles of "chilled" water, except that it's room temperature. We don't complain and drink it anyhow.

- The CGM and an accompanying BG tells Mike he's now in the 200s thanks to that bottle of orange juice and some cheese, and he opts to go to sleep. It's after midnight. But even though he falls asleep quickly, you don't - in large part because the Dexcom on the nightstand won't be quiet and keeps vibrating and beeping.

- Just before 3 a.m., the CGM starts beeping because no one had been listening to it vibrate. Finally, a restless Mike wakes up, realizing something isn't right. The signs of a Low are evident: cold, sweaty, confused, indecision. Refusal to test. He does, and sees a 39 mg/dL. We resort to the glucose tabs, but know there's nothing else in the room to eat for long-term effectiveness. A phone call to the front desk gets us new information that there's actually a food-vending machine on the 6th floor, despite there being no signage anywhere else in the hotel telling you that. You leave your husband on the bed eating glucose tabs, while going downstairs with your debit card at 3 a.m. to buy Cheez-Its, Nutter Butter Bites, and some peanut butter cheesy crackers. As if there wasn't already enough cheese in the room... Oh, and you get some orange frosted Hosted cupcakes for yourself as a reward. Because, you know, after all that your non-diabetic BG is Low, too.

- By the time you return, Mike's rising into the 100s with straight up CGM arrows thanks to the tube of glucose tabs. He eats some of the Nutter Butters and Cheez Its, and a couple bites of one of the cupcakes for good measure. Then, it's back to sleep. Breakfast is in three hours.

- In the morning, his BG was in the 300s. We got everything packed up and headed out, grabbing the car from the way too costly valet-service and then heading back to our area to pick up the dog and enjoy the rest of the weekend. With our new box of cheese. 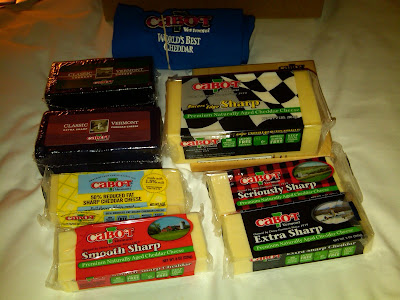 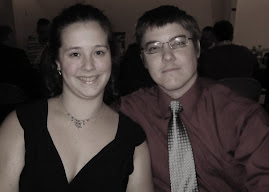 Suzi
I grew up in the northern suburbs of Detroit. Love my family and friends there. In 2004, I moved to the southern suburbs of Indianapolis and married my wonderful husband, Mike, in September 2005. While we miss Michigan at times, we love our life!